Lithium prices are soaring with Chinese spot prices reaching all-time highs in recent weeks. There is a global clamour for lithium to supply electric vehicles and demand is only set to rise as we move towards 2030.

However, all lithium is not created equally and there are numerous opportunities in mining companies that employ differing extraction techniques. The end product is increasingly standardised but the journey to lithium’s end applications can take many paths.

There are two main process for producing lithium, dependent on the geology of the lithium asset:

Each geology has its own extraction technique which have a significant impact on the cost and time it takes for a miner to see first production.

Lithium brines are typically found in the Latin American ‘Lithium Triangle’ of Argentina, Chile and Bolivia. There are some minor assets in Nevada.

Lithium brine extraction is considered a low cost method of extraction and can be highly sustainable with operations powered by renewable sources such as solar. Some forms of direct lithium extraction from brines is still seen as experimental.

Lithium is extracted from underground salt brines by bringing solution to the surface, and then evaporation pools are used to separate lithium from the salt solution.

Chile has the largest lithium deposits globally and are almost entirely brine. While hard-rock mine production outsizes brine globally, current developments in the lithium triangle may see this challenged, given the huge resources in the region.

Further success in experimental techniques for certain types of lithium brines may see production across the Latin American region ramp up in the coming years.

Pegmatite, or hard rock, lithium resources hold spodumene and make up majority of resources found outside of the Americas. Pegmatite are ingenious rocks that contain crystallised minerals, such a spodumene.

Although hard-rock spodumene mining accounts for the majority of global lithium production, it can take longer to move into production. Lithium is extracted using techniques associated with the mining of other metals and minerals such as open pit mining.

The nature of hard-rock mining means there can be other minerals recovered during the mining process, adding to the economics of the project. 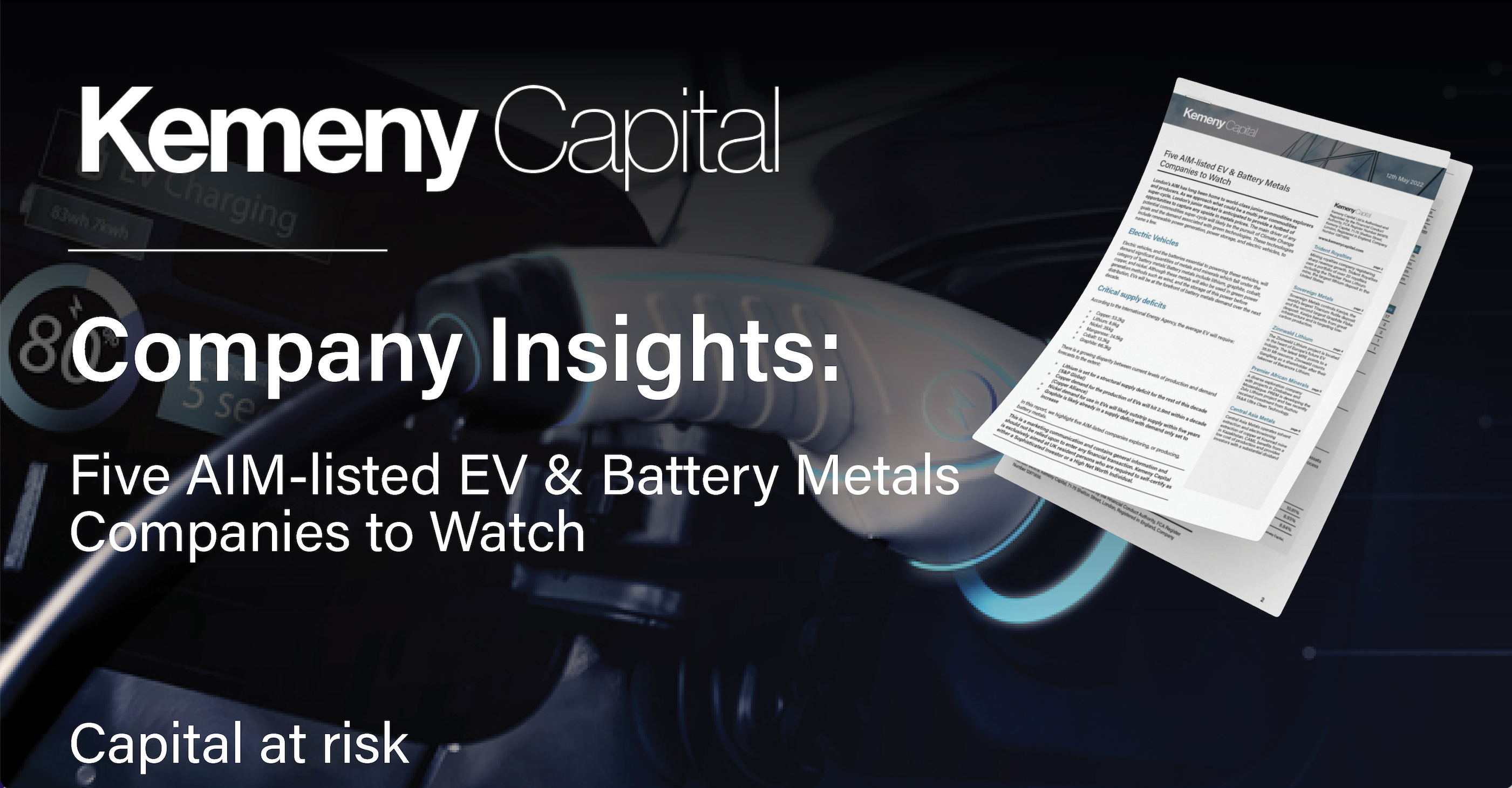 Interviews with the managers of Tax Efficient funds and the entrepreneurs leading UK early stage companies.

Healthtech investment trends to watch in 2022

Kemeny Capital is exclusively aimed at UK resident persons who are required to self-certify as either a Sophisticated Investor or High Net Worth Individual.

The value of investments may go up as well as down and there is no guarantee of any investment return. Investments in private companies carry significant risks including loss of capital, illiquidity, and no guarantee of regular income from the investment. You should understand the risks involved and be capable of making investment decisions based upon your personal circumstances. Past Performance is not an indicator of future performance.

Kemeny Capital does not provide advice on Investments, tax or legal affairs.

Kemenycapital.com is exclusively aimed at UK resident persons who are required to self-certify as either a Sophisticated Investor or High Net Worth Individual.

You should understand the risks involved and be capable of making investment decisions based upon your personal circumstances. Past Performance is not an indicator of future performance.

Kemeny Capital does not provide advice on Investments, tax or legal affairs.